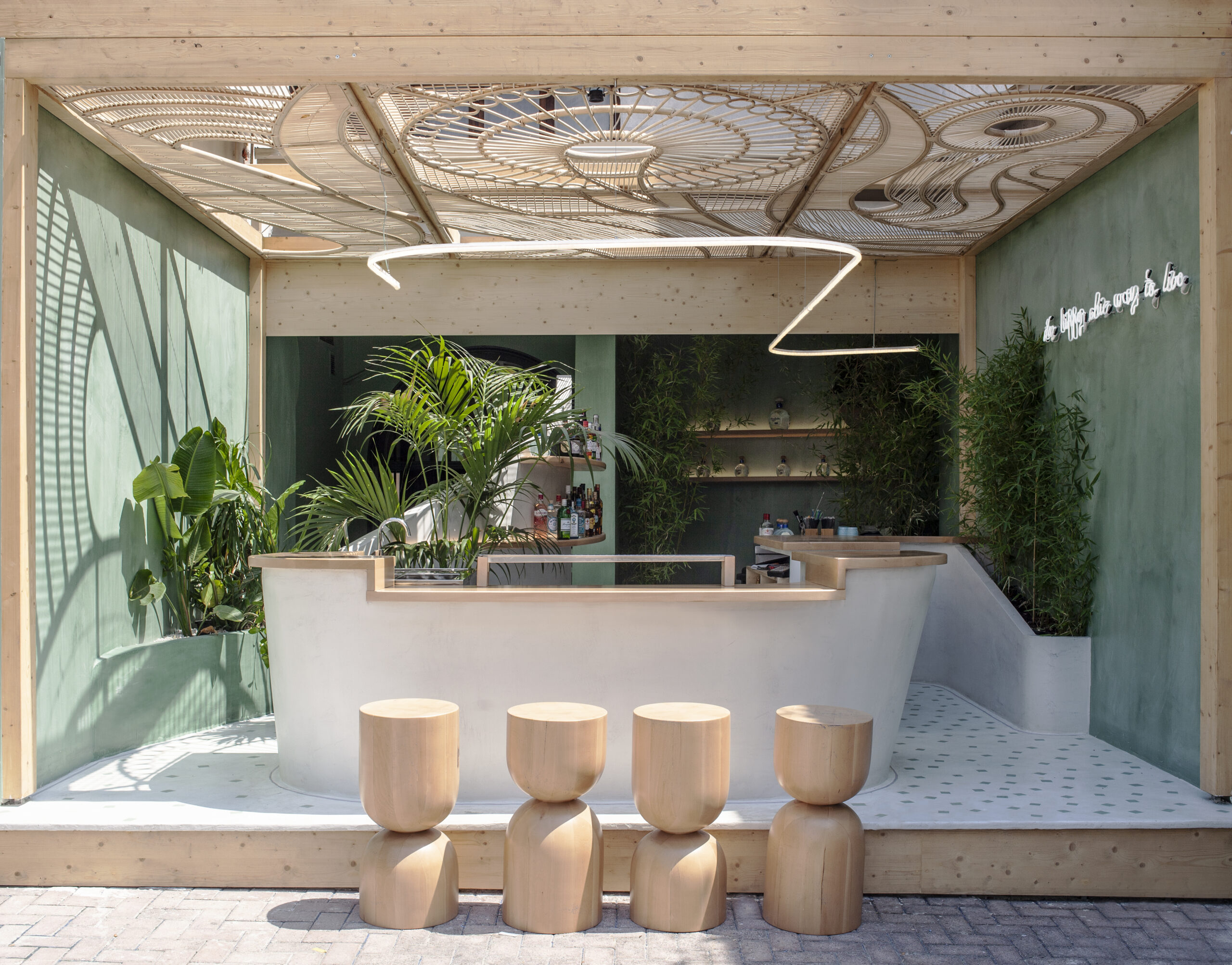 Hippy chic is a bar in the fortress of Larissa, where we were asked to design a new exterior space with the aim of expanding and highlighting the existing shop.Our first concern was to understand the function and style of hippy chic, lounge bar with hippy atmosphere, gourmet finger food, colours and view of the sunset of the fortress.

Having to manage a fairly small space, it was considered that the most dynamic option would be the placement of a bar which will act as a pole of attraction for this particular corner of the store. The design begins with a curve that runs through the space, which at the beginning shapes the cellar and then lowers and creates the bar. As the new space is elevated, a high stand is formed on its face.

The space is closed with the bamboo braided ceiling. The ceiling design derives from the floor plan and lines of the bar but also from the deconstruction of the shapes and forms of the hippy chic logo. The natural material, the handmade knitting and the shapes create an atmospheric setting with a relaxed and luxurious mood at the same time. The facade of the new bar works like a frame, in which a play of light and shadow takes place, through the shapes of the ceiling and contrasts with the dark environment in which it is located.

The curved forms of the bar continue in the planted sections that surround the space. Plants are used, which bring to mind tropical images such as alocasia, sterlitzia etc. while clumping bamboo complete the planted perimeter. The walls are lined with light green plaster, in correspondence with the background of the interior space.The bar stools were designed drawing inspiration from the form of drums, completing the hippy chic atmosphere of the new space. 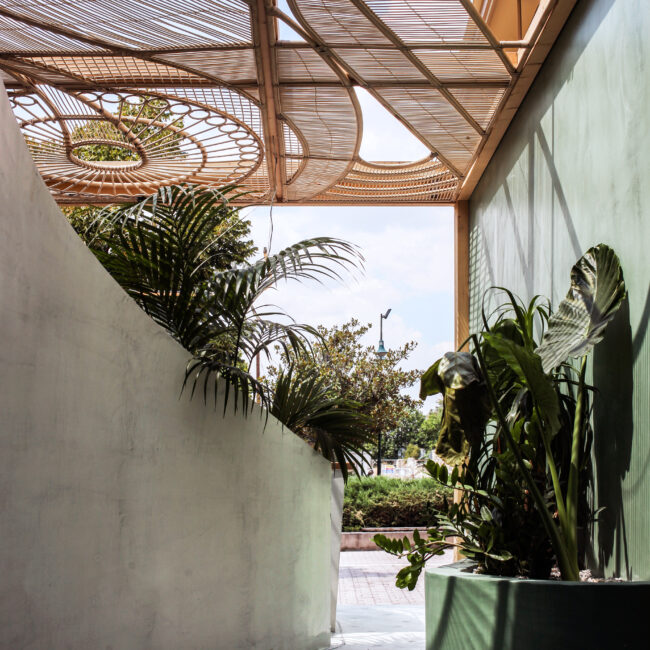 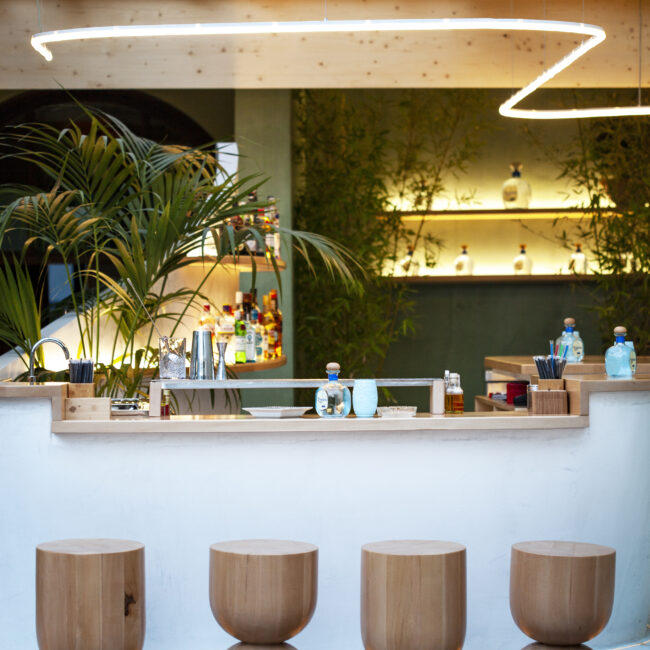 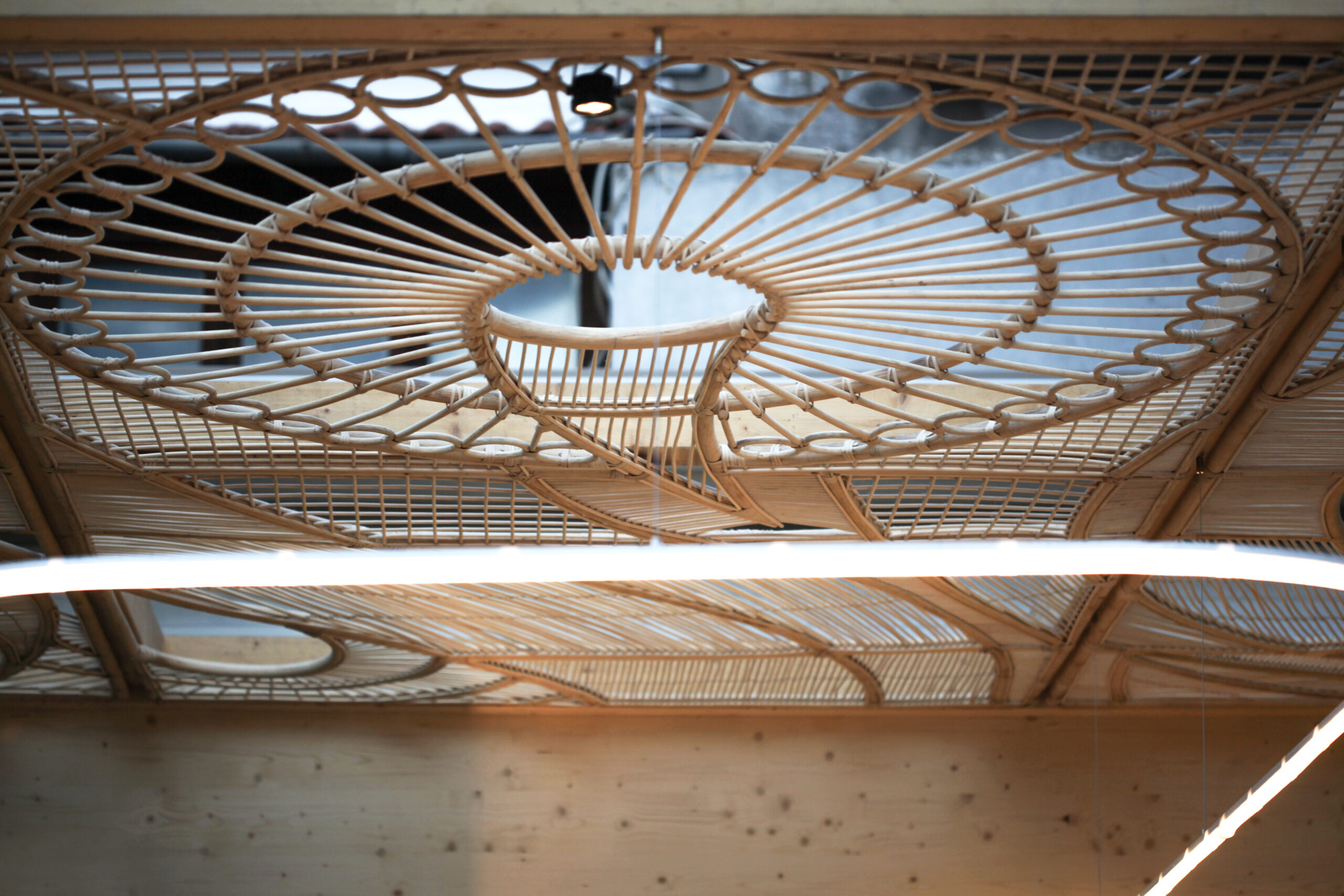 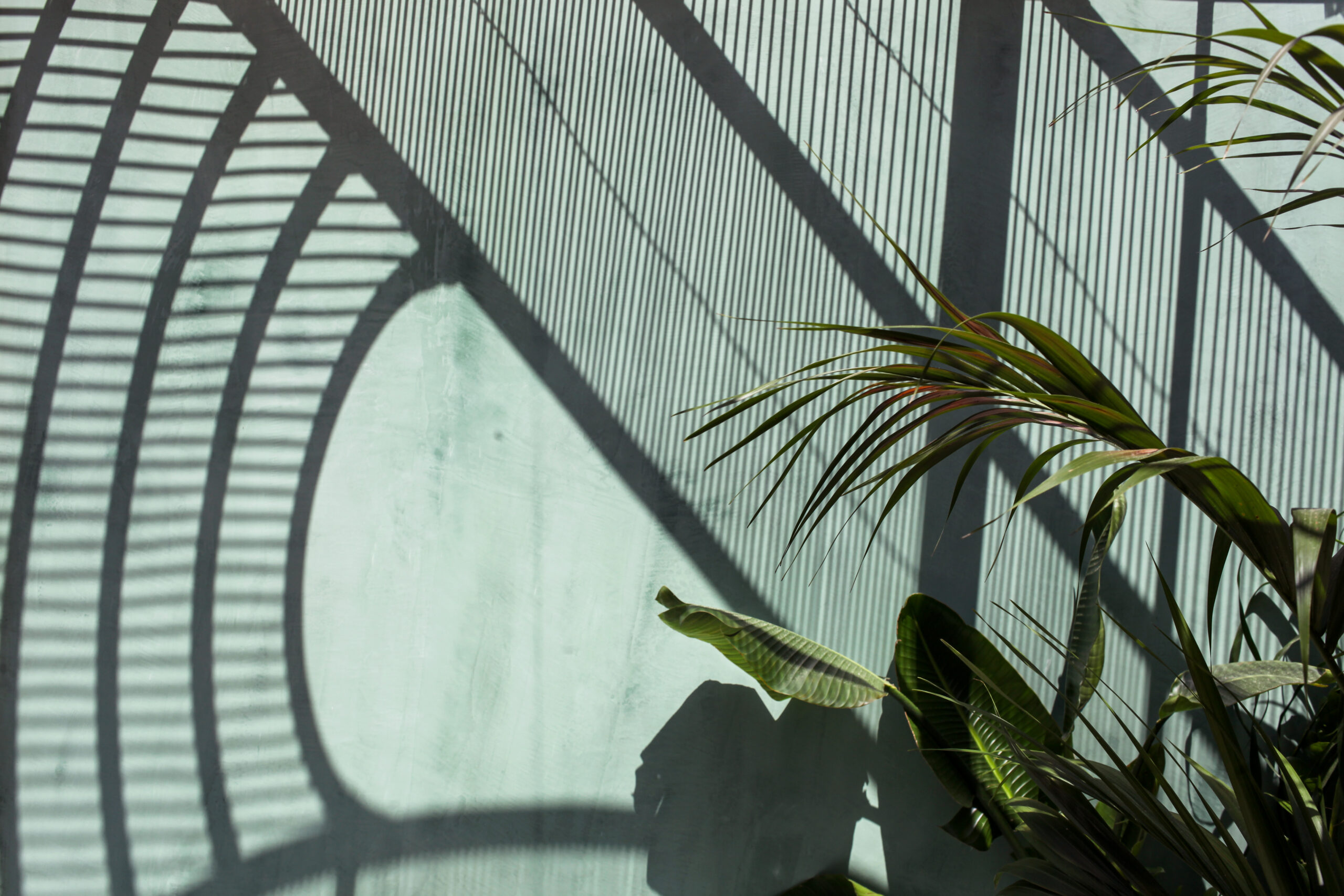 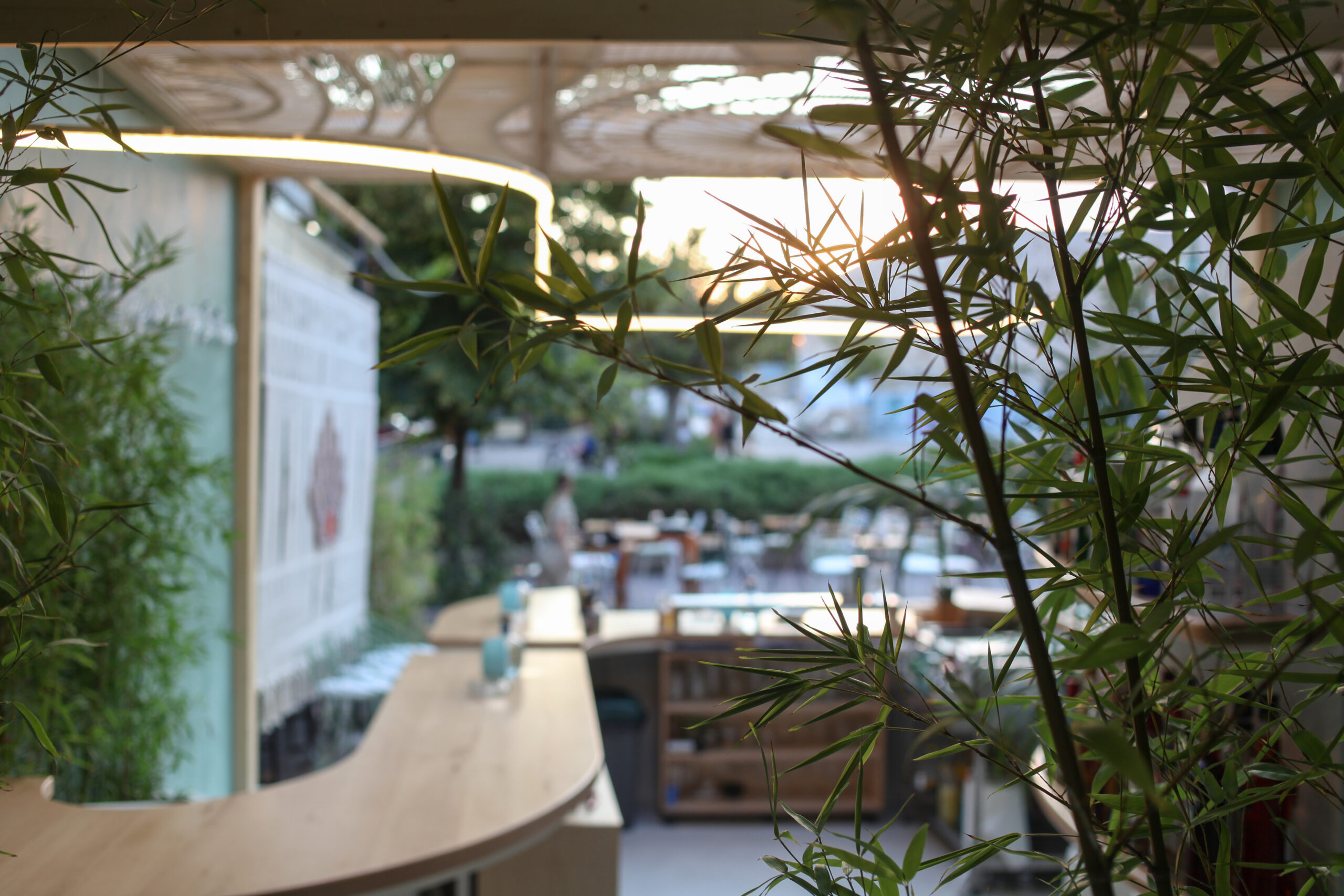 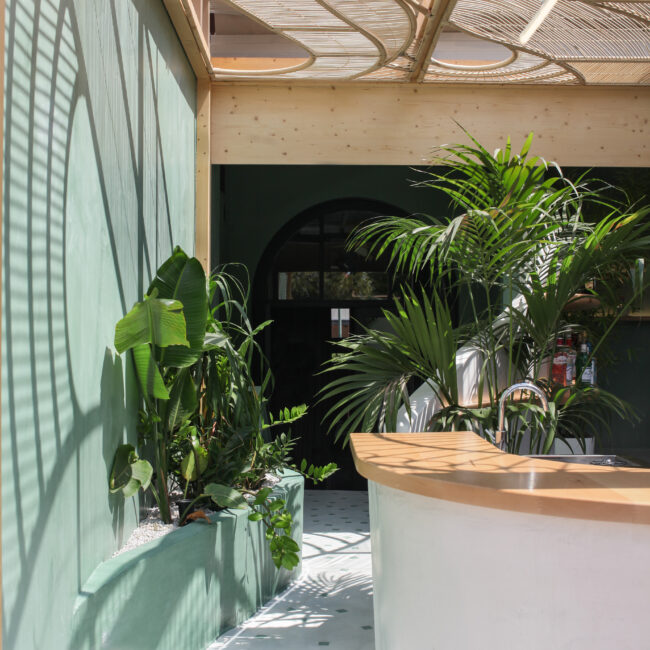 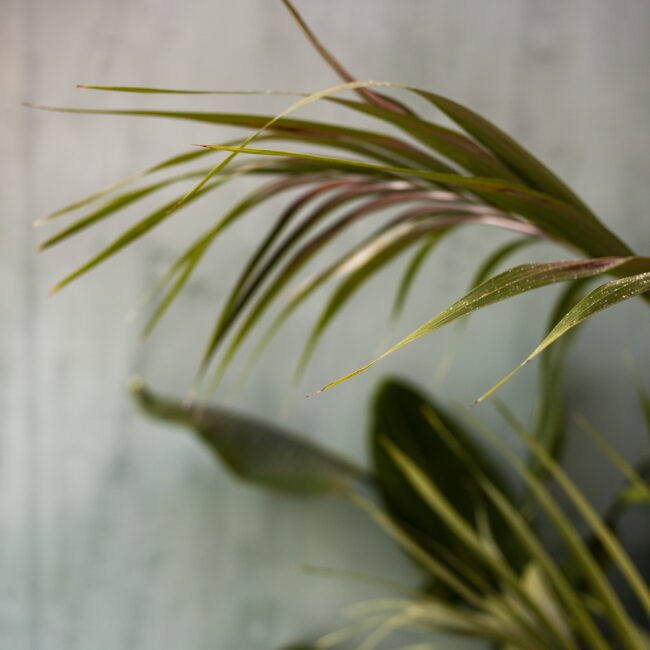 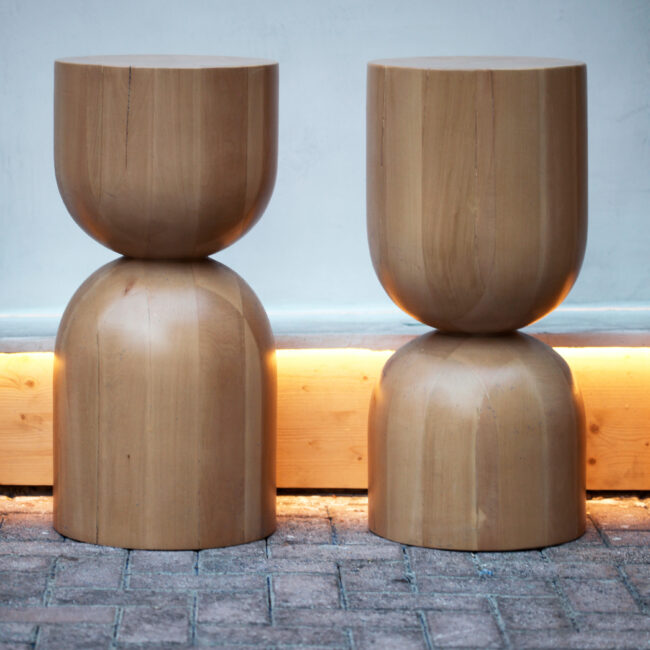 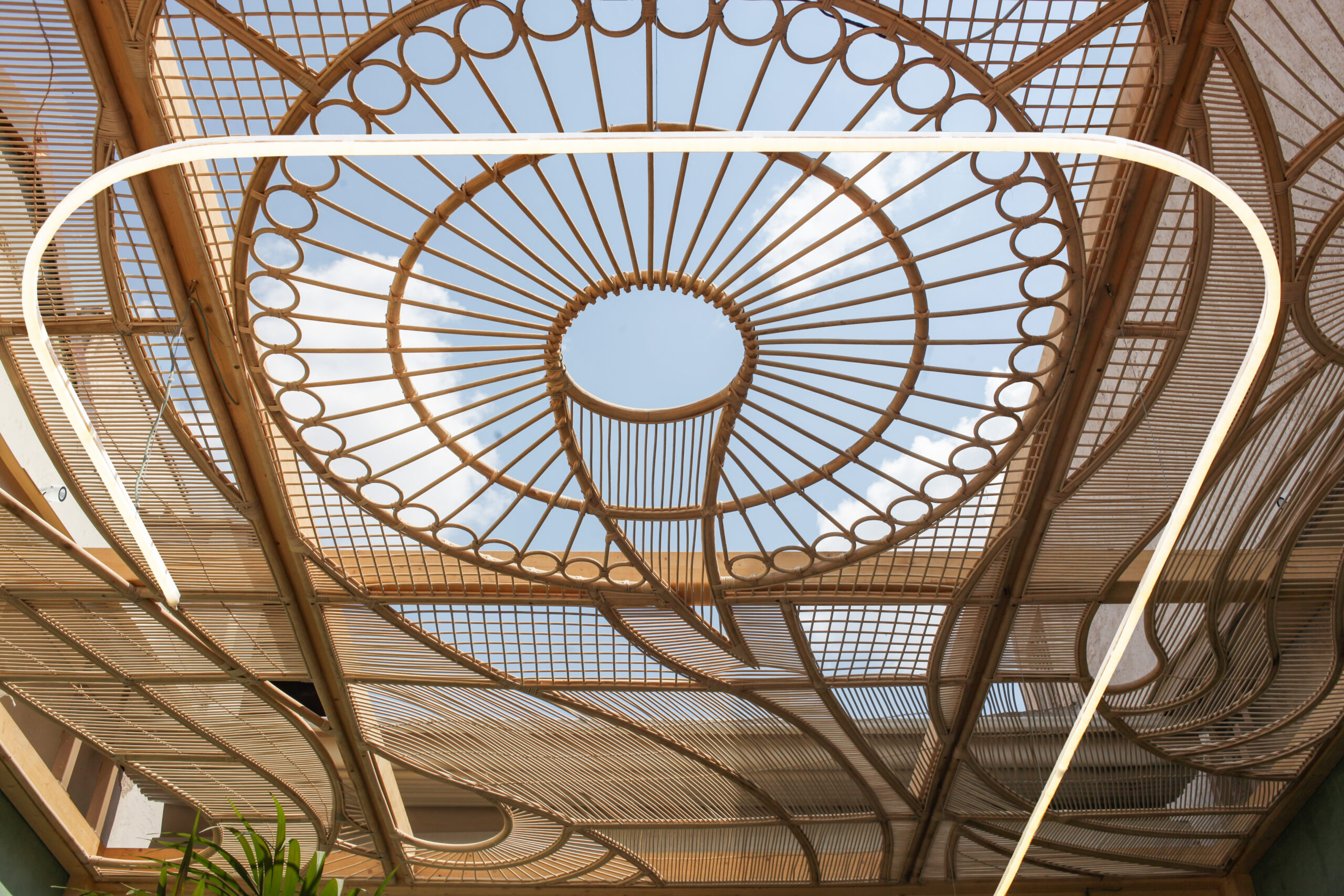 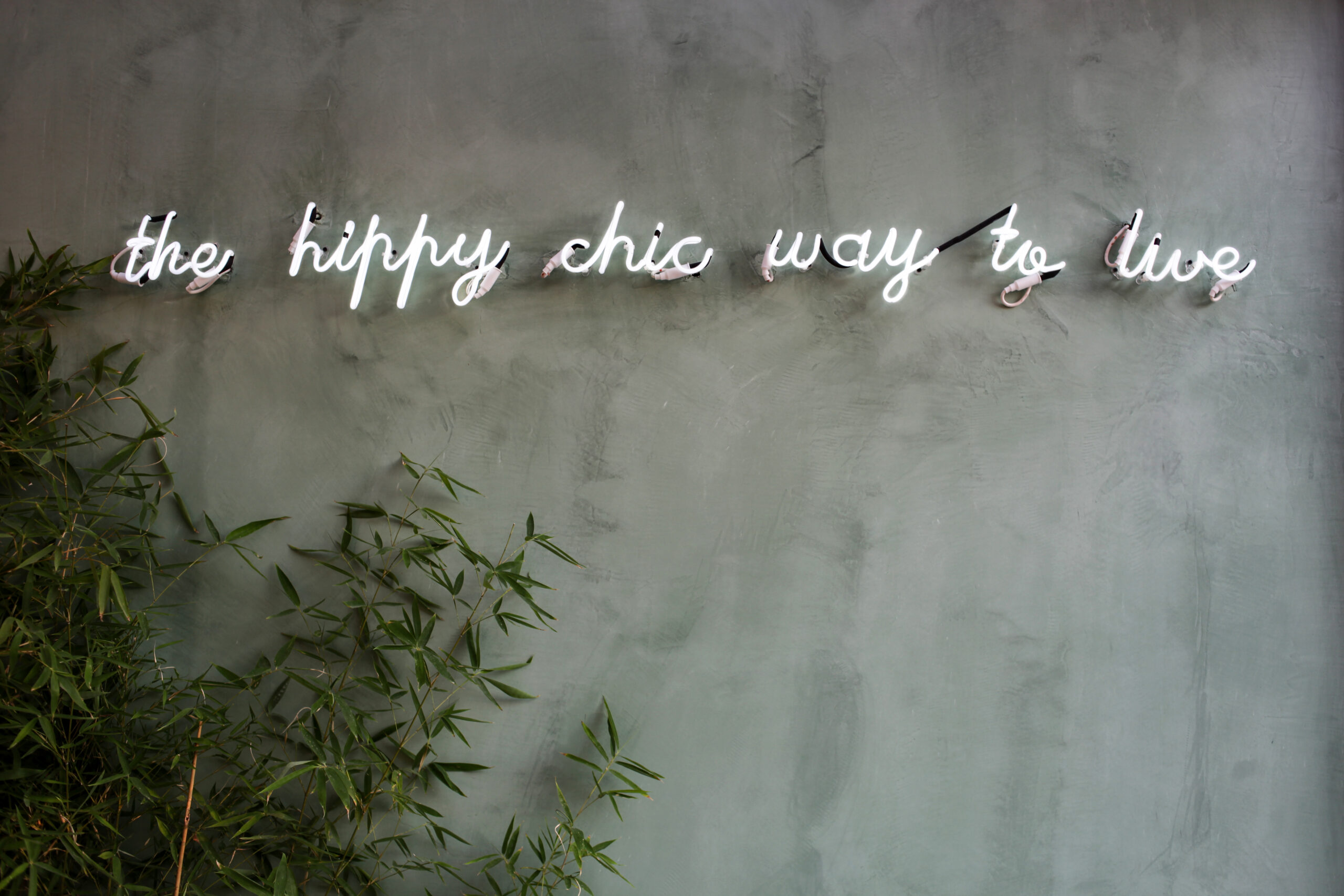 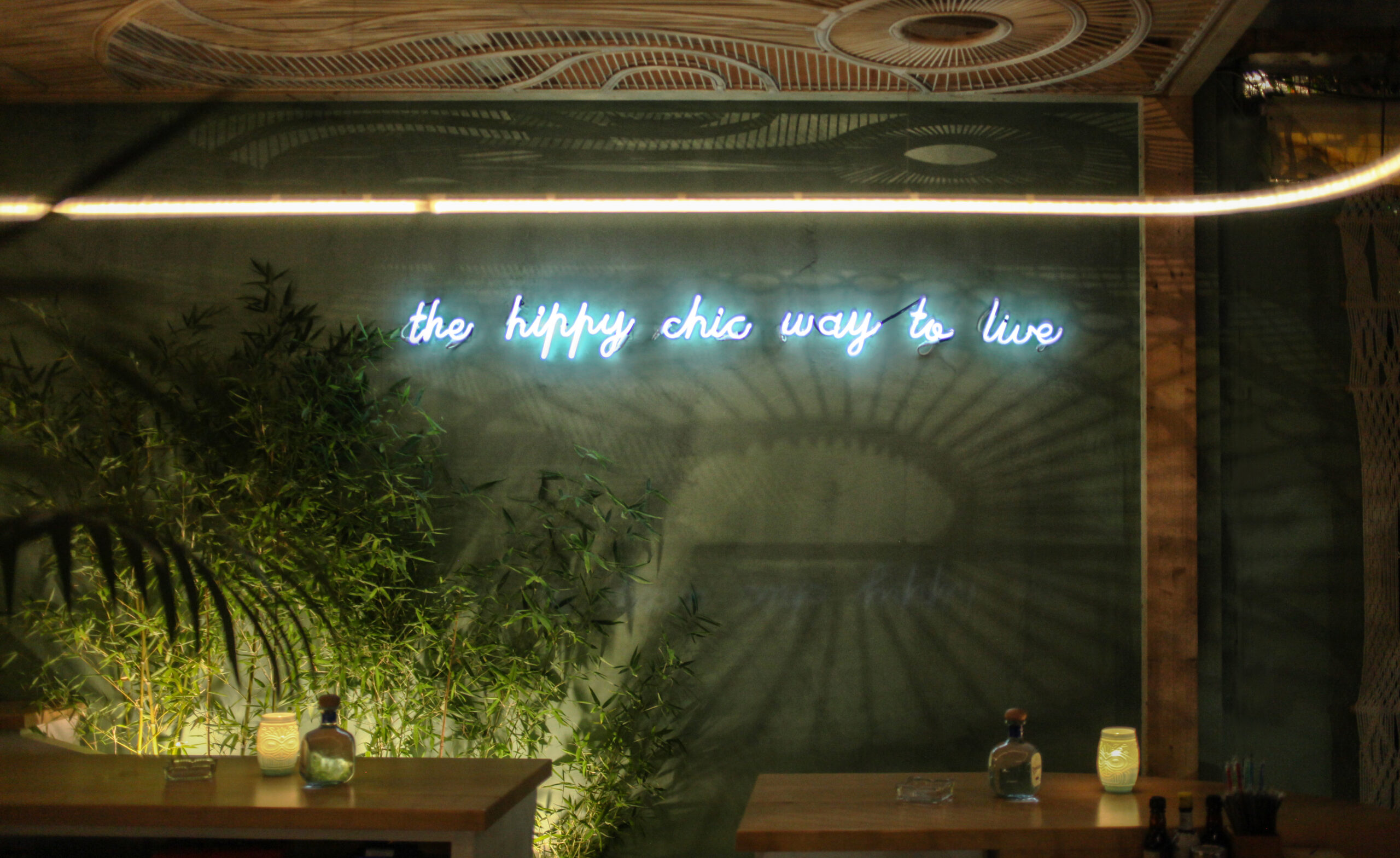